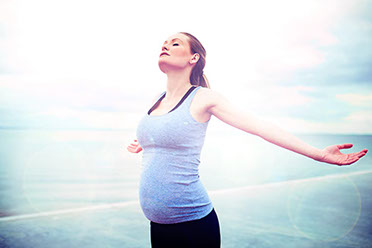 This is a testimonial kindly given by a patient who conceived having had a successful series of acupuncture treatment:

I was diagnosed with PCOS in 2010 having been trying for 18 months to conceive. It was quite a shock as I had not come across it before but there were    many people who had this condition including a number of celebrities.

My doctor referred me to a gynecologist however I was on the waiting list so while awaiting an appointment I researched PCOS and found that following a    gluten and dairy free diet would help as the lower your weight the better your symptoms so I started following this.

I lost around three stone in weight over a year and had my gynecologist appointment where I was prescribed Provera to start my periods and Clomid to ovulate.    After three tries of this we fell pregnant and our daughter was born in January 2013.

Once our daughter was a year old we decided to try for another expecting it to be a long process again. The doctor prescribed Provera and Clomid as this    worked last time however after a number of failed attempts I decided I needed to shift some weight as I was heavier then when I fell with my daughter.    I tried to follow the gluten and dairy free diet again but it was a lot harder this time juggling work and mummy duties and fitting in exercise.

I tried the tablets again but again nothing happened and my periods were not even starting this time round so we were slightly at a loss. It was go back    to the doctors and await a referral however this took about 12 months last time so I again started searching PCOS. I found a number of websites recommended    acupuncture so I searched local people who specialised in fertility, which is where I came across Jamie.

I had my first appointment in May 2016 and I have to say driving over I felt very sceptical about the whole process. When I got there though Jamie        was very nice and explained so many things around Chinese medicine and PCOS being known as dampness and things that affected dampness in the body        were gluten and dairy so everything tied together and it was very interesting learning a different aspect of my condition. Jamie gave me a couple        of leaflets around how gluten and dairy affect dampness and how certain foods can reduce dampness in the body like apples and lemons.

My first treatment was very surreal and the sensation was like a wave building up around my feet and it kept building up my legs before crashing around        my womb area. I have to say it was amazing as it just felt like something was actually working inside my body. I booked in my next appointment        for the following week and when I left I called my husband to tell him how amazing the treatment was. The following morning I weighed myself and        I'd lost three pound in weight and I'd done nothing different that week other than the acupuncture

I had acupuncture weekly between my first appointment and September other than breaks for holidays and each session the sensation would be different        depending where the needles were but you could always feel something happening around the womb area. After my holiday in September I changed my        sessions to every four weeks so would go at the start of each month.

I had an appointment at the beginning of December and I had a very dull ache in my lower back which I had never had before. I found out a week later        I was 3-4 weeks pregnant which explained the slight change in sensation when having the acupuncture.

I had my last treatment in January so I could inform Jamie of my news and we have left any further treatments to me to book if I have any issues during        pregnancy but I have had none so far. It is now May 2017 and I have 13 weeks until the due date of our second daughters arrival.

I can not recommend acupuncture enough for PCOS and for women in my position as without the treatment I would not have fallen pregnant again as the        treatment which worked to conceive my first daughter was not working at all second time. Jamie was brilliant at explaining where the needles were        going and why and the whole diet thing around dampness in Chinese medicine just tied everything together.

Thank you! Your submission has been received!
Oops! Something went wrong while submitting the form.